CBD and Glaucoma: Is CBD Really a Good Treatment for Glaucoma?

The cannabis plant has been used to treat various illnesses and ailments for centuries. Many cultures have included cannabis in their medical practice, and it has been considered as one of our first natural medicines. Have you ever heard of Reefer Madness? Since the late 1930s, the United States has considered cannabis as a dangerous drug. Federal Bureau of Narcotics Commissioner Harry Anslinger had it federally outlawed. To make matters worse, the act was backed by empty claims stating it caused intense addiction and lethargy. These claims began to affect the world view on the plant, causing many countries to follow US sentiment in cannabis prohibition.

Since then, much research has been done on cannabis and its potential medical and medicinal benefits. This has caused cannabis prohibition to be lifted in many US states, as well as around the world. In essence, the cannabis plant is thought to have many different components that provide many benefits, one of the main components being CBD. So, is CBD really a good treatment for glaucoma?

What Exactly Is Glaucoma?

Glaucoma is an irreversible eye disease that accounts for about 12% of all cases of blindness in the US. The disease is caused by an increase in eye pressure, causing the nerve cells to be depleted. If not treated in a timely manner, the fluid pressure in the eye can cause serious eye problems like loss of vision and can even result in permanent blindness. A 2020 study discovered that there are two types of glaucoma – primary and secondary glaucoma. Primary glaucoma is also considered as open-angle, and secondary glaucoma can either be open-angle or closed-angle. Primary glaucoma currently has no known cause, but secondary glaucoma can develop from serious eye injury, cataracts, tumors, or diabetes, and inflammation.

Just as there are different types of glaucoma (open-angle & angle-closure), there are different symptoms that are dependent on these types. For open-angle glaucoma, there are no warning signs, but as the disease progresses, people can develop blind spots. Unfortunately, people don’t recognize they have the signs of the disease until it’s too late, which is why glaucoma is considered a “silent thief of sight.”

For those who develop closed-angle glaucoma, there are minimum warning signs that develop like slightly blurred vision, halos, mild headaches, and eye pain. However, when the disease becomes more serious, there are many more symptoms which include:

Keep in mind that the success of these treatments really depends on the stage of the condition. Also, remember that these agents will affect everyone differently.

What is CBD & Can It Really Help Glaucoma?

Cannabidiol, or CBD, is a chemical component that is found in the cannabis plant. There are two main components of the marijuana plant, THC and CBD. Tetrahydrocannabinol, or THC, produces euphoric benefits, or what some might describe as the ‘high’ feeling. Cannabidiol, CBD, usually produces more medicinal benefits and eases pain. At this time, there is a lot of research being conducted to discover more of the potential benefits both THC and CBD can provide. However, the FDA has only approved a limited number of products that contain CBD for the market. This means most of the products are unregulated. Though CBD is used to treat a great number of diseases and conditions like epilepsy, unfortunately, glaucoma does not fall under that extensive list.

What Experts Say About CBD & Glaucoma?

Contrary to popular belief that CBD is a “cure-all” supplement, there has been research that supports CBD being a contributing factor to glaucoma. A lot of people are confident that CBD can reduce the impact of glaucoma, but recorded research says differently. There was a source that suggested CBD increases eye pressure. The source went further to state those at risk for glaucoma or who already have glaucoma should abstain from use until further research is provided.

Until then, experts have stressed the importance of eye care providers cautioning patients interested in using medical cannabis with a high CBD count.

A Word of Caution About Using CBD for Glaucoma

There was also another reference that warned those with glaucoma against using CBD and THC at the same time since it produces a “cancel out” effect. When this happens, it decreases any benefit that THC provides in treating glaucoma. An experiment on mice was done to investigate this. They discovered THC had the elements to lower intraocular pressure (IOP), and CBD had elements that increased IOP. For instance, topical THC lowered IOP 8 hours after application, but topical CBD induced an increase of IOP. Furthermore, the American Academy of Ophthalmology warns us against using CBD as a natural remedy for glaucoma. Also, other experts have stressed the importance of eye care providers cautioning patients interested in using medical cannabis with a high CBD count.

Although the FDA hasn’t completely afforded widespread regulation for cannabis as a medical treatment, it has approved cannabis as a treatment for epilepsy in June of 2018. We hope that this article doesn’t sway you against using CBD or any other cannabis products for that matter. Humans have been using the plant to treat various conditions and diseases for thousands of years. Again, while using CBD to treat glaucoma has been heavily discouraged, THC could potentially be an alternative depending on your lifestyle and employment status. Always remember to consult your primary physician before including any natural medicines in your treatment, and always do your own research! 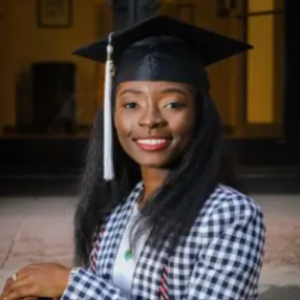 Hello there! I’m Teren, a recent Political Science/Legal Studies graduate of PVAMU, and a part-time freelance article writer/poet/editor. I am also a firm believer in CBD medicine as well as daily consumer! My training in political science has allowed me to be thorough & precise in my work to ensure my readers have accurate and engaging products. Though I have extensive education in the fields of political & social science, I often branch out to work on other subject matter to further my experience in writing! I’m very passionate about writing and will be pursuing a degree in law in the fall of 2022.

CBD vs Supplements: Can CBD Act as a Vitamin Supplement?