Why Can Marijuana Make You Dizzy?

A common fear that holds people from using marijuana is that it makes them feel dizzy.  A lot of people usually get dizzy after smoking weed, a feeling that is very uncomfortable.  Although these symptoms often disappear after a few minutes, the experience is usually very scary for some people. So what makes people dizzy after smoking marijuana? And what can they do to avoid these effects from occurring in the future? Outlined below is a comprehensive overview of marijuana and dizziness and how you can avoid it.

Does Marijuana Make You Dizzy

A study that was conducted on marijuana smokers indicates that those smoking a joint with a high level of potency they had a much lower cerebral blood flow right after smoking. This resulted in moderate level of dizziness. However, those who experienced a severe dizziness had reduced blood pressure as well as a lower cerebral blood flow. So, what causes dizziness after smoking marijuana? Well it could be changes in the circulation of blood and the blood pressure. This condition is known as orthotic hypotension or postural hypotension.

Blood usually flows downwards when a person is in an upright posture i.e. while standing up. The flow of blood is from the chest to the vessels which are found right below the diaphragm. Because of gravity, this creates a shift which means that the amount of blood that’s returning to the heart is reduced, causing a decrease in blood pressure. When this condition occurs in a normal scenario, the baroreceptors in the major arteries get activated. They automatically and instantly detect the changes in the blood pressure and quickly initiate a normalizing response.

When there is a low blood pressure, these baroreceptors usually trigger the speed of the heart rate, causing the blood vessels to constrict. The effect is that the blood will be pumped faster and the veins will have more resistance hence the blood pressure will easily return to normal levels. This circle or working mechanism is known as the baroreflex response and it’s important for a healthy blood circulation.

However, there are some instances where this response is interrupted. The cause of the interruption could be due to certain medications, dehydration, organ dysfunction, baroreflex system failure, and also marijuana. If the blood pressure can’t automatically stabilize itself, it leads to postural hypotension.  Symptoms of the hypotension include:

How does this organic substance affect the blood pressure? Well, marijuana affects the endocannabinoid system. Remember that this system plays a vital role in maintaining homeostasis which include regulating the heart rate and the blood pressure. Marijuana has cannabinoids which attach themselves on the CBD1 as well as CB2 receptors which are found in the endocannabinoid system, slowing down the functions of this system.

The THC that’s found in Marijuana helps to dilate and relax the blood vessels, leading to a fall in blood pressure. A fall in blood pressure leads to a lower heart rate. Although marijuana has short term side effects when it comes to decreasing the heart rate as well as the blood pressure, smoking it high doses usually leads to postural hypotension.  However, once the body becomes tolerant to marijuana, the levels of effects of postural hypotension reduces. It’s for this reason that most newbies or inexperienced cannabis smokers are the ones who are likely to experience dizziness.

Whitey is a random feeling that happens mostly to first timers. This is because you are usually considered to be a “lightweight”. The whitey weed symptoms occur when you mix marijuana with cigarettes or alcohol. When a weed smoker “whites-out”, they become not only dizzy but also weak and nauseated. Additionally, they also experience loss of consciousness and in severe cases, convulsions and tremors.

What Should You Do in Case Marijuana Makes You Dizzy

Marijuana can easily make you dizzy especially if you are an inconsistent smoker. A lot of people use it for medicinal purpose while others use it for entertainment. However, if the feeling of dizziness is a common problem for you after smoking marijuana, below are some of the tips you can apply to overcome this.

A lot of times, dizziness often occurs after a person has smoked too much marijuana within a short time. It’s usually good to smoke slowly. Additionally, avoid smoking it every day. If you are a first timer to cannabis, start by smoking occasionally, taking in a few days break. While you are smoking, start by taking 2 or 3 small puffs. Thereafter, steadily build up on the number of puffs, for deeper and longer hits.

If you are taking marijuana as edibles, ensure that you exercise a lot of caution. Note that when weed is ingested, it takes long for its effects to be manifested. This means that you can be tempted to overeat. Bear in mind that it take a couple of hours for the effects of edibles to fully kick in.

If you suddenly stand up, your body will experience an unexpected drop in blood pressure. This can lead to dizziness and cause postural hypotension. The best way to avoid these conditions is by slowly standing up. Before standing up, you can also stretch and move your legs and arms gently to allow better blood circulation.

One of the causes of postural hypotension is dehydration. Lack of enough water means that there is a decrease in the blood volume. If you are smoking marijuana, ensure that you drink plenty of water. This helps to ensure that the blood pressure is stable and your body is well-hydrated. You can drink about two liters daily. Also if you are about to smoke, you can take one or two glasses before smoking to reduce chances of dizziness.

When the blood pressure and the blood sugar is low, there are high chances of you experiencing dizziness. Ensure that you have snacks around you before you get high. Note that sugary snacks help to rapidly increase the level of blood sugar while salty snacks help to increase the blood pressure.  If you have a combination of these two snacks, there’s no need to worry. Simply stay calm and vape on.

When you are high and also dizzy, the very last thing that will be on your mind is exercising. However, note that gentle exercises can help to promote the circulation of blood especially towards the brain. You can implement exercises which use the abdominal muscles, causing them to promote better blood circulation. You can raise the toes, legs or even march on the same spot very slowly.

The whitey weed symptoms can be a very scary experience. This can be worse if it’s your first time. However, try and stay calm. In case you feel like fainting or dizzy, do not panic because this will make everything worse.  Note that if you are feeling dizzy while you are standing, then sit down. After that, try and take some deep breaths before you can stand up again, but slowly.

Note that there is a wide variety of marijuana strains. All of them cause different normal rate of cerebral blood flow to the brain because of different THC levels. Strains with high THC levels cause more and pronounced cerebral effects while those with CBD have a lot of health benefits. In case you suffer from dizziness regularly, then the best way is to try and change the strain you’re using? While at this, choose a strain that has high levels of CBD compared to THC.

The new science of marijuana is that it has a lot of benefits. Marijuana strains which have high levels of CBD have become vital in the treatment of incurable diseases such as epilepsy, cancer, Alzheimer’s diseases, diabetes, and many others. A strain of marijuana that causes dizziness usually has high levels of THC. First timers are the most common group of marijuana users who normally experience this effect. This is because the body’s blood pressure usually falls suddenly. However, the body’s tolerance to postural marijuana hypotension usually increases with more exposure to THC.

In case you start to feel dizzy after smoking marijuana, do not panic. This is a common side effect that most people usually experience and it often wears off easily. However, if a person experiences dizziness or they faint frequently when they are high, it’s important to seek medical attention. 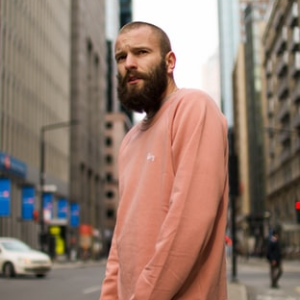 Daniel D’Amato is a traveler by hobby and freelance journalist by profession. He has been covering climate activism, alternative medication, and using his platform as a journalist to spread awareness about mental health. His recent foray into Medical Marijuana journalism is a part of the effort to educate people about the plant's many benefits.

How CBD Interacts With Our Body?