Cannabis, popularly referred to as marijuana, refers to a form of a plant used in the manufacture of a psychedelic drug for a myriad of uses including both relaxation and curative purposes. Tetrahydrocannabinol (THC) forms the psychoactive part of cannabis and incorporated in the body through various ways such as vaporizing, smoking, or in food extracts. Generally, hemp and cannabis are taken to be the same thing. We must get a clear distinction between cannabis, hemp, marijuana and of course we must know about the different methods of cannabis consumption.

Distinction Between Marijuana and Hemp

Marijuana and hemp are broad terms used in the classification of cannabis, yet they are not the official or legitimate names for the cannabis plant. Hemp is a term usually used to denote various classification of cannabis with a THC level of 0.3% or less. Marijuana, on the other hand, refers to the term used to classify cannabis that contains more than 0.3% of THC. Its use is known to induce a “High” or euphoric effect on the user.

Cannabis is a genre of the cannabaceae family, divided into three forms, namely; Cannabis Indica, Cannabis ruderalis, and Cannabis sativa. A majority of people confuse hemp and marijuana as a strain of cannabis. They do not qualify as either and cannot be considered as plants too.

Cannabis use has the following advantages;

Cannabis contains the chemical component THC known to create a temporary “high” leading to relaxation. It also has a compound known as CBD that helps in anxiety reduction-CBD comes through as a potent remedy for people with social anxiety disorder, anxiety-induced insomnia and post traumatic stress disorder.

Its edible products, such as tinctures, gummies, and pills, are administered in the treatment of pain, weight loss, and poor appetite in cancer suffering patients. It’s application in treating nausea, reduction of muscle spasm, and improvement of sleep cannot be underrated.

Its spiritual application is used among the Rastafarians to aiding meditation and as a sacrament.

As highlighted below, one can govern the use of cannabis in many several ways.

This method is almost entirely similar to vaping but uses THC resin extracted from the cannabis plant. The THC may be in the form of a solid known as shatter, in oil form known as honey oil, and soft solid known as budder or wax.

A bong or glass pipe heated to a specific temperature and wax placed inside leads to the production of vapor. Suspicion abounds that this method produces a potent “high” than smoking marijuana.

For ardent marijuana smokers, the flower holds a significant part of the whole plant. Continuous development further takes center stage in the quest to cultivate the perfect flower. As new edible products and advancement in vaporizing continues, the value of the flower loses meaning as new products continue hitting the shelves. According to marijuana smokers, the reverse effect of a high after exhaling coupled with the earthy flavor is an experience second to none.

It turns out that smoking the flower leads to receiving all the benefits of the plant in its natural state. As stated by Robert Mechoulan in his entourage effect, cannabis remains to be ineffective in the absence of one compound. He reiterates that all compounds in cannabis work together to produce the ultimate, non-forgettable experience.

Tinctures refer to liquid marijuana extracts composed of alcohol and water. Users place it under the tongue to enhance a faster absorption into the bloodstream due to the dense network of capillaries. Due to its high potency, high absorption rate, and fast-acting capabilities, it comes across as the most preferred method by doctors. However, this method of administration suffers abuse due to its fast-acting nature.

This is among the new methods of marijuana consumption that is popular with modern day smokers. It employs the vaporization technique. The raw material gets subjected to temperatures just below the combustion level. The heat is enough to activate the active ingredients, which, in turn, are consumed as vapor rather than smoke. This is a common and preferred method as;

Despite the modern developments, smokers still prefer consuming the cannabis flower through smoking compared to new methods such as dabbing or vaping, citing beneficial wholeness.

The administration of marijuana in capsular form falls under the category of oral ingestion. This method has existed for decades, only that the technology wasn’t sufficient to come up with capsules at the time. Nevertheless, marijuana was infused in cookies, tea and marijuana oil for cooking. Nowadays, it’s found itself in beer and sodas.

Edibles do relate to administration through the mouth. It’s a broad method encompassing various forms such as capsules, Pot cookies, and brownies, among other types of baked goods. Although it’s slow in taking effect, the effects are long-lasting and can vary between two to four hours. This, however, depends on one’s consumption.

Method Suitable for Use

Looking through the various modes of administration, it’s clear that every style has its pros and cons. For example, consuming the flower seems to be less convenient compared to dabbing due to several factors they both possess. However, such a method enhances its unusual smell. Other methods stand out as being more convenient and easier to use. Despite its abuse, tincture comes out as a more economical and comfortable mode of administration. However, it lacks the full benefit that the plant carries.

For first time smokers or those willing to partake in cannabis, I would strongly urge them to consume the cannabis flower. The whole point is to maximize or experience the tangible benefits that come with entire plant consumption rather than just the euphoria or high.

As various modes of administration come forth, it is essential to consider the fact that maximum effect can only occur through the utilization of the whole plant. Therefore, other than smoking the flower, the concerned stakeholders should look into more effective ways of administration aimed at benefiting from the entire plant. 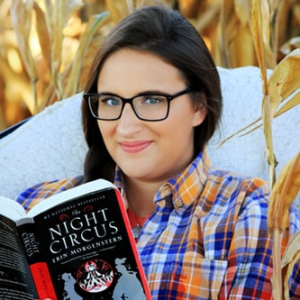 Natalie works as a scriptwriter and contributor for video content regarding alternative medicine. Because of her experience in compiling knowledge for her content creation, she has provided analytical & research-based content on various physical and mental health topics.

Hemp Oil vs CBD Oil What is the Difference?